This week looks at the challenge automation is bringing right here and now before highlighting an in-depth article on Elon Musk, someone at the forefront of automation.

For the last few years as AI has risen in prominence there has been plenty of talk about the coming job apocalypse and how society is going to get through it.

Some are positive some are negative. We will of course muddle through it all somehow – but the scale of this is going to require some preparation, which whilst it lacks urgency of course does seem to be happening.

It has been argued that the underlying issues already hitting the workforce has directly led to the election of Trump in the USA and Brexit here in the UK. That may slow down the automation but it will be impossible to stop.

Scott Santens has written up an article about the oil and gas industry and how the collapse of the oil price forced them to become more efficient.

Initially that meant losing a huge number of people inside the industry but then when the industry expanded it did so with automation. The graph below says it all. 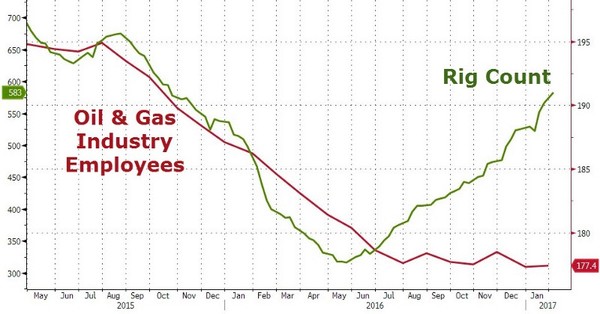 It suggests 220,000 jobs have been lost and not recovered.

Similar graphs have been around for years in manufacturing thanks to automation.

Over here in the UK, Ocado, the online grocery, has been the most advanced of the supermarkets when it comes to its automated warehouses. It can now put together a 50 item order in 5 minutes – something that would require many many people to do at the same speed. There is a deeper look on this and the broader opportunity this capability gives to Ocado here.

For the people involved, this is life transforming and not in a good way. At the very least they are going to need to be retrained and for some that may prove to be impossible due to no fault of their own.

At the macro level, the numbers are lower than those 220,000. In fact many people in that situation have found low skilled work and led to ultra low employment numbers. That is not a great outcome for them or society as a whole.

On the positive side, those “iron roughnecks” have to be created and iterated upon and even disrupted themselves creating jobs and whole new markets. Increased efficiency means lower prices and an increase in demand creating further jobs if done right.

But as Scott’s analysis shows, new companies are delivering more with less employees.

So the issue is not really the top line jobs number, it is the displacement of skilled people across sectors.

A repeat of UK history when the coal mines were shut down on a much larger scale.

The article drills in much deeper and is well worth a read.

Will it end with the break in a link between income and work as Scott suggests – I think a redefinition is definitely required and it is worth repeating his conclusion that automation should not be viewed as as curse.

Reducing the need for people to work is a good thing. Now we just need to find a way to ensure everyone can still have a fulfilling life. Whatever that is. 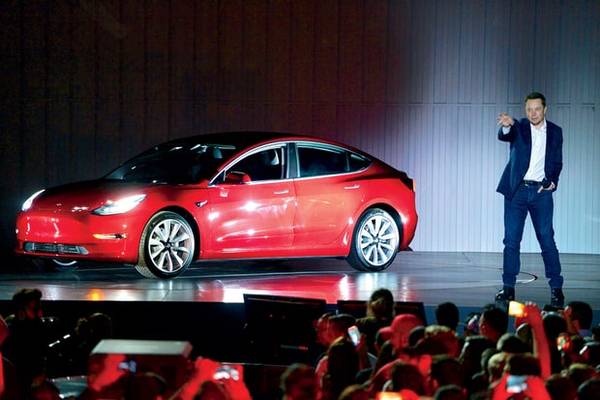 One of those people driving a few successful new companies is Elon Musk.

He is likely – if not already really – to be held up in the same breath as Bill Gates and Steve Jobs. His ability to deliver and just push the envelope further out than others is now well known.

Surely adding to the hype but trying to deliver some real insight into the guy, Rolling Stones takes a stab over nine months of reporting on him. Well worth a read here.